So, how effective was Roman deployment in multiple lines anyway? Or, more specifically, how well does deploying in depth work using the L'Art de la Guerre rules?


During the Roman republic it was quite a common for Roman armies to deploy in multiple lines - in this case three.

One might also count the velites - light skirmish infantry - as a separate line as well, being well positioned ahead of the army ready to pitch their javelins at the advancing enemy.

Curious as I am, I wanted to see how well my favorite ancient rules hold up using a deployment such as this. I saw right away I would have to make some adjustments to the rules, although minor. For one, I would not be using the standard rules for deploying armies in left, right, and center corps. I would still divide the army in to three corps, just not being so strict as to where each was deployed. In addition, since I would be using only two legions, I decided that each legion would be a separate corps. The third and final corps would be the armies general, consisting of only the two units of triari. These would be positioned in the third line and in the center. Each of the remaining two legions would deploy on the right and left and would both be deployed in two separate lines, representing the first/hastate line, and the second/principe line Each of these two legions also included some non-legionare troops in the form of cavalry - both Roman and Numidian. Each legion also had a couple of units of velites. These were deployed ahead of the hastate/first line. In addition, to avoid front units routing and causing cohesion hits on rear friendlies, I left gaps between each line of just over 1UD each.

The Gaul army had a nice mix of med. and hvy. infantry which were impetuous. They also have a good number of cavalry on both flanks - more than enough to handle the meager Roman cavalry.

Right from the beginning I knew that I would have issues protecting the Roman flanks, preventing an envelopment of the legions - thoughts of Zama spring to mind here. However, I decided to carry on with the battle.

The battle was over. It should be noted that I kept playing the fight longer than I should have. The Gaul army was defeated a tad earlier, but I kept the game up regardless. Even so, it was a close fight for both sides.

Although the test didn't go the direction I wanted - testing out the defense in depth against a frontal assault, it did show how effective the deployment was at protecting against flank attacks. The Romans were able to shift forces relatively quickly against the less able Gaul cavalry, dealing with them quite effectively.

Realistically, having a much smaller frontage, the Romans would often deploy rear ranks to extend the front. Optionally, the flanks could have had more troops as well.


Overall, it was a fun battle. Exciting throughout - as the L'Art de la Guerre rules tend to be, I enjoyed every bit of the fight. Although not having been able to test out the durability of the three lines against heavy frontal assaults - at least in the manner I planned, I did learn a lot about the effectiveness of the system to adapt as needed. I also learned the vulnerability of the flanks! Again, I kept thinking Zama as the flanks each crumbled.

I hope you enjoyed the article. I hope to have another like this soon. In fact, I am already planning some scenario type battles for use with L'Art. More on these in the coming months.

Last week I saw myself fully engaged in running a fantastic game of L'Art de la Guerre for some of the members of the TtC community. This was basically a two player game, although several different players took command as the battle raged. I myself also took command of one side to fill in for a missing player. Was a really enjoyable battle that really brought out the best in the L'Art rules.


This was a 200 point battle featuring the Republican Romans against the army of Gaul. The battle lasted a total of nine turns and saw the Roman army under the command of David Nickols pull off a close contested win - Gaul exceeded their break point by four points.


I really enjoy the L'Art rules system. It seems a perfect blend of some other well known and popular sets of rules, such as DBx, FoG, and Impetvs. Not only that, it allows for small armies for the beginner, as well as larger battles on a typical 6' x 4' table, or larger. These rules have really caught my attention and I am pretty sure they have now become my "go-to" rules for ancients gaming, along side DBA and Impetvs. I still need to try the Hail Caesar rules, however.

Some things I really enjoy about the L'Art rules:

Of course, the rules are not perfect. I always liked unit reactions to combat, such as push-backs, recoils and retreats. L'Art has none of that - it does allow some limited disengaging from melee, however. The rules themselves could have been better organized and written in some respects. It can be a chore remembering some of the more fiddly things. All minor complaints really.


With the battle over, I have now moved on to another scenario - a SOLO affair. Perhaps I will post this one later. I will be pitting my Republican Romans against the horde of Gaul once again, this time using some historical deployments to see how the Romans fair. Stay tuned.

Hi everyone. Been a long while since I did an update here on the Wall of Shields. For one thing I had to shut the blog down for a while as I was attempting to re-organize all my blogs in to one. Didn't work out too well. So, here we are once again :) This time I will be keeping the blog separate from all my other blogs as I know a lot of people have more interest in ancients wargaming as opposed to my other interests, such as WW II. 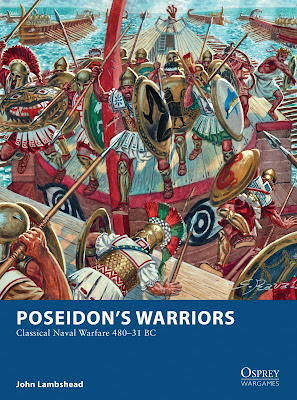 Anyway, just ordered the newest Battle Mat from Cigar Box, Caribbean Waters, and it looks FANTASTIC! This of course is for a new project of mine - ancient naval! Always wanted to do this, so I am pretty stoked to get an awesome mat to go with the project. Way better than just a solid blue piece of felt! 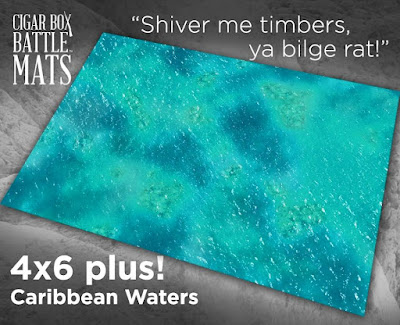 In other news, I am trying to get back in to finishing up my last DBA campaign - Rome and the Gauls! It's been a while and I really want to get back to working on my campaign rules. Should be interesting after all this time has gone by.

Anyway, glad to get back to posting something on here and plan on doing more.

Some Plans for the NEW Year

Well, after some adventures with my Napoleonics (which I am quite happy with at the moment) I am itching to get going with some plans for my ancients hobby. First up I have quite a ways to go expanding my Gaul and Polybian Roman armies. I try and add a new unit for both every week or so, and so far so good. The painting continues.

﻿
﻿
Hosting some LIVE plays over on the Tabletop Commanders has been a blast. Recently I did some Blucher games and learned a lot about how to improve the quality of the videos. For those not in the know, a LIVE play is a game session played LIVE over Google+ Hangouts. For more on this check out the Tabletop Commanders link here on my blog. Anyway, I will be planning a Basic Impetvs battle next month for everyone. Been a while since I last played this awesome system. Although L'Art de la Guerre  is my rules of choice for ancients wargaming, Impetvs will always have a place on my bookshelf. Regardless, stay tuned for that as I will have more information on the details of the event - and results - later.
﻿﻿﻿﻿Another thing I want to finish is my last DBA campaign between the Gauls and the Romans. If you check my past posts here on the blog you will notice I never got around to finishing that last campaign - I think we did two battles so far? Anyway, I definitely want to pick that up soon as well. That campaign, by the way, is a playtest of our two-player campaign rules we have been working on. You can find the latest version of that in the files section here on the blog.

As far as what NEW projects I want to get to this year, I am not so sure. My options are plentiful, that's for sure. I still want to build some NEW armies for the early dark ages, as well as some early Greek stuff. However, first up will be the period that has my attention the most, which is the early republican Roman ear. I already have a start on Later Seleucids and Numidians, two armies which I will be expanding soon. Carthaginians and more Successors (Ptolemaics and/or Macedonians?) will eventually be in the works as well. But again, my hands are full with my current plans, so I will not get ahead of myself yet. Oh, and there is of course my massive re-basing of my Feudal English armies as well! As many of you might know, all these miniatures were mounted for Impetvs. However, I have since lost faith with that mounting system - the bases are just too big and clumsy for me as I like lots of terrain on the table. SO now I am re-basing everything over to the DBx standard. This will take some time.


So there it is; plans for the year - or at least the coming few months. I hope you all stay tuned as I get more and more done and add some awesome content to the blog.

If you haven't heard of the *NEW* My Wargaming Life website - started and run by wargamers - then you must have a look. This site is fantastic, allowing those who sign up to the site to upload pics, leave comments, and join the forums. Full of like-minded wargamers of all genres. What is nice about the group is that it is divided up in to separate sub-groups for different periods or genres of miniatures wargaming. Two such groups I have listed below along with the links to get there: the Ancients  and the DBA Gamers groups - both of which I currently admin.

Defffinately worth signing up and getting involved directly with supporting the ancients wargaming community. Of course, there are plenty of other groups to join as well on the site - such as Flames of War, WW II, Napoleonics, 10mm, 6mm, the Black Powder Challenge '15, and more.

A Dash of Elan Channel 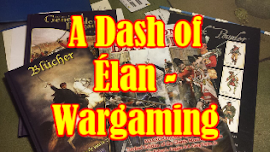